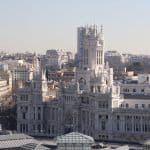 We spend a lot of time searching things to do in Madrid in order to have the best of the city. If you are looking for some plans for today in our so beloved Madrid, we suggest you a hundred irresistible things to do in Madrid before dying. So, we encourage you to read this list and check if you have done all of them. Otherwise, don’t hesitate in doing them and you’ll become a proper Madrilenian!

3. Going down to Opera subway station and seeing how fountains were in the 17th-century Madrid.

4. Seeing a musical at Gran Vía.

5. Seeing the Casa de Campo from the aerial tramway.

6. Taking a romantic stroll around the Park of the Capricho and hugging one of its centenary trees.

7. Going to ARCO (Contemporary Art Exhibition) and not to understand many of its works of art.

9. Having a custard canuto at El Pozo patisserie.

11. Skating and picking up along the Carriage Promenade at the Retiro Park.

13. Going to see a bullfight at Las Ventas bullring during San Isidro’s feast.

14. Having churros with chocolate at San Ginés.

15. Having a Madrilenian cocido at La Bola or La Daniela (at General Pardiñas st.).

16. Spending a New Year’s Eve at Puerta del Sol and having the twelve lucky grapes avoiding to choke.

17. Looking for celebrities on a Saturday morning in Jorge Juan street.

18. Going to Casa de Campo in summer and enjoying its public swimming-pool.

20. Going and searching phantoms at the Palace of Linares, not finding even one.

21. Going with your kids to the Three Wise Men Parade on the 5th January, weighing afterwards the candies caught with your umbrella.

22. Celebrating a football triumph at Cibeles or Neptuno fountain.

Jump in the fountains of Madrid to celebrate soccer games.

23. Strolling along the Golden Mile (Serrano st.  with Ortega y Gasset st. ) admiring its store windows with prices out of reach.

24. Going up to the City Hall rooftop in order to admire the wonderful views of Madrid.

25. Seeing the carillon of Plus Ultra building and guessing who is who.

27. Searching for the latest panda bear at the zoo. 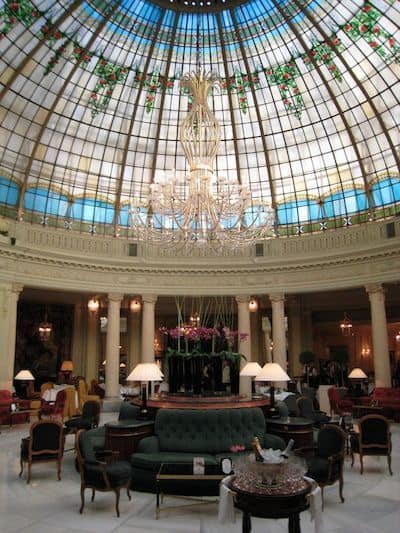 29. Having breakfast under The Palace dome feeling like a 2nd-World-War spy.

30. Drinking “water of the Saint” at San Isidro’s meadow.

31. Going to see the opera at the Royal Theatre with the proper dress code.

32. Buying a Christmas lottery ticket at Doña Manolita after a two-hour queue.

33. Being seduced by British atmosphere while drinking a Gin Tonic at the Cock bar.

34. Attending to an Army parade on Columbus Day.

35. Visiting the Royal Palace and finding you imagining yourself seated at the gala dining room.

36. Sitting at the Bernabeu coach bench during a visit to the stadium.

37. Buying a book at the Book Fair and having a dedication by the writer.

38. Seeing the Guernica by Picasso and developing a new reading of the canvass.

39. Dining at La Pepa restaurant and tasting its fresh tomatoes, coming directly from a vegetable garden.

Best tomatoes in Spain are offered at La Pepa Restaurant

40. Finding the rests of an old Romanic church at the Retiro Park.

41. Being married at Los Jerónimos or Santa Bárbara churches and shine in their stairs.

42. Having a “gallina en pepitoria” at Casa Ciriaco.

43. Asking for a boyfriend at San Antonio de la Florida while you pound the pins to yourself.

44. “Climbing” 666 metres and staring at the statue of the fallen angel at the Retiro Park.

45. Listening to the bells of San Nicolás church from Biombo square.

46. Buying stamps and coins at Main Square on a Sunday morning.

48. Finding the differences between the two sides of Alcalá Gate.

50. Going up to the Círculo de Bellas Artes roof and having dinner at Tartán.

51. Playing roulotte in one of the new casinos in Madrid.

52. Having lunch at Lhardy and imagining stories from the Spanish post-Civil War.

53. Having sushi at Musashi restaurant feeling like a hipster. 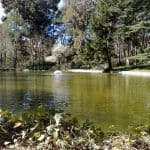 55. Having a cocktail at Chicote while searching for Ava Gardner among its pictures on the walls.

56. Staring for hours at the Meninas and knowing each one of the persons represented in it.

57. Having your pet blessed at San Antón.

58. Going to see Cortylandia, specially on a weekday and with your kids.

59. Sitting at one table of the Cafe Gijón and writing something.

60. Finding the rests of the Muslim city wall of Madrid next to the Almudena cathedral.

61. Enjoying the view from the Eurostar Building restaurant.

62. Admiring the roofs of Madrid from the Gourmet Experience shop on the top of El Corte Inglés in Callao.

63. Going to San Antón market and seeing its varied public.

64. Having a batter-squid-ring sandwich at El Brillante or Casa Rúa.

65. Having a crazy night at Kapital or Joy Eslava.

66. Going the second weekend of every month to the Railway Museum and enjoying its Mercado de Motores.

67. Having dinner seated at the terrace of one of the Indian restaurants in Lavapiés neighbourhood.

68. Dining at the terrace of the Casino and feeling an important person.

69. Sunbathing at the terrace of Emperador Hotel.

70. Going to a concert at the Riviera Lounge.

71. Seeing the Christmas city lights and guessing which designer has made them.

do not buy Turron just for Christmas

73. Attending a session at the Congress of Deputies and realizing that it is not as big as it seems in TV.

74. Dancing and singing till sunrise at Tony2.

75. Seeing Saint Pantaleon’s blood, specially when it is liquified.

76. Buying an umbrella at Casa Diego.

77. Strolling around Madrid of the Habsburgs at night and not finding anyone.

78. Relaxing at the garden in Lope de Vega’s house and feeling a writer of the Spanish Golden Century.

81. Going to see the image of the Christ of Medinaceli and kissing its feet.

82. Buying an antiquity at the Rastro on an early Sunday morning.

83. Visiting the Botanic Garden in spring and entering in its greenhouse.

84. Having a brunch at the Ritz restaurant and finding there the most world-famous actor of the moment.

85. Having “soldaditos de Pavía” (batter-cod bites) in Casa Labra while you reinvent Socialism.

86. Breathing the wet atmosphere of the tropical garden of Atocha and taking a train to anywhere.

87. Living in a different historic period at the Museum of the Romanticism and having tea at its cafe.

88. Having an appetizer at one of the terraces in Pintor Rosales promenade on a spring Saturday.

89. Having dinner at the 1st Chinese restaurant in Madrid.

“El Buda feliz” was the first Chinese restaurant in Madrid

90. Taking pictures of the Temple of Debod at sunset.

91. Having roast chicken with salad at Casa Mingo.

93. Entering the Convento de las Carboneras, crossing its courtyard and buying pastries through the turnstile.

94. Making a queue at Ideal Cinema and admiring the Madrilenian “strange people”, including the Royal Family sometimes.

95. Sailing on a boat at the Retiro pond not getting wet.

96. Visiting the new archaeological museum and finding the Elche Lady.

97. Having sunny-side-up eggs at Casa Lucio on a Sunday night.

98. Searching for a button for your grandmother’s coat at Pontejos.

99. Going down to Sol railway station and finding the rests of the church of the Buen Suceso under the new Apple store.

100. Going to one of Madrid & You guided tours and letting us to show you Madrid as you have never seen it.

If you have done all the things to do in Madrid, you are our Madrilenian hero!

You can toggle right click protection within Theme Options and customize this message as well.

You can also add shortcodes here.